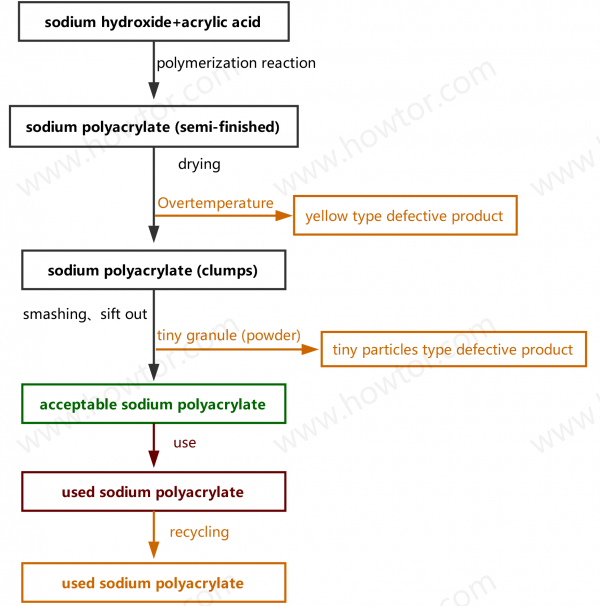 Yellow-type defective sodium polyacrylate would be produced when the temperature is over in the drying process.

-The water absorption capacity is weaker than the common product;

-The color usually could be yellow or dark.

Tip: Some improved potassium polyacrylate (agriculture purpose) would also be yellow, dark, or black. There's a big difference between them.

The tiny particle will weaken the liquid permeability which is important for paper diapers.

In normal conditions, recycled sodium polyacrylate is most used in wastewater control.