What is a super absorbent polymer indeed?

It is a powerful water-absorbent material. The water absorption is hundreds of times of its weight. 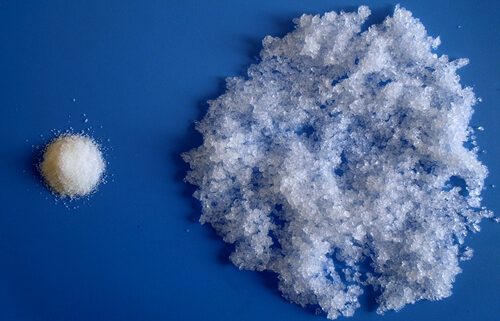 Before absorbing: White (or brownness)  powder/granule.
After absorbing: Transparent gel.

SAP can increase the water holding capacity of soil which is the meaning: 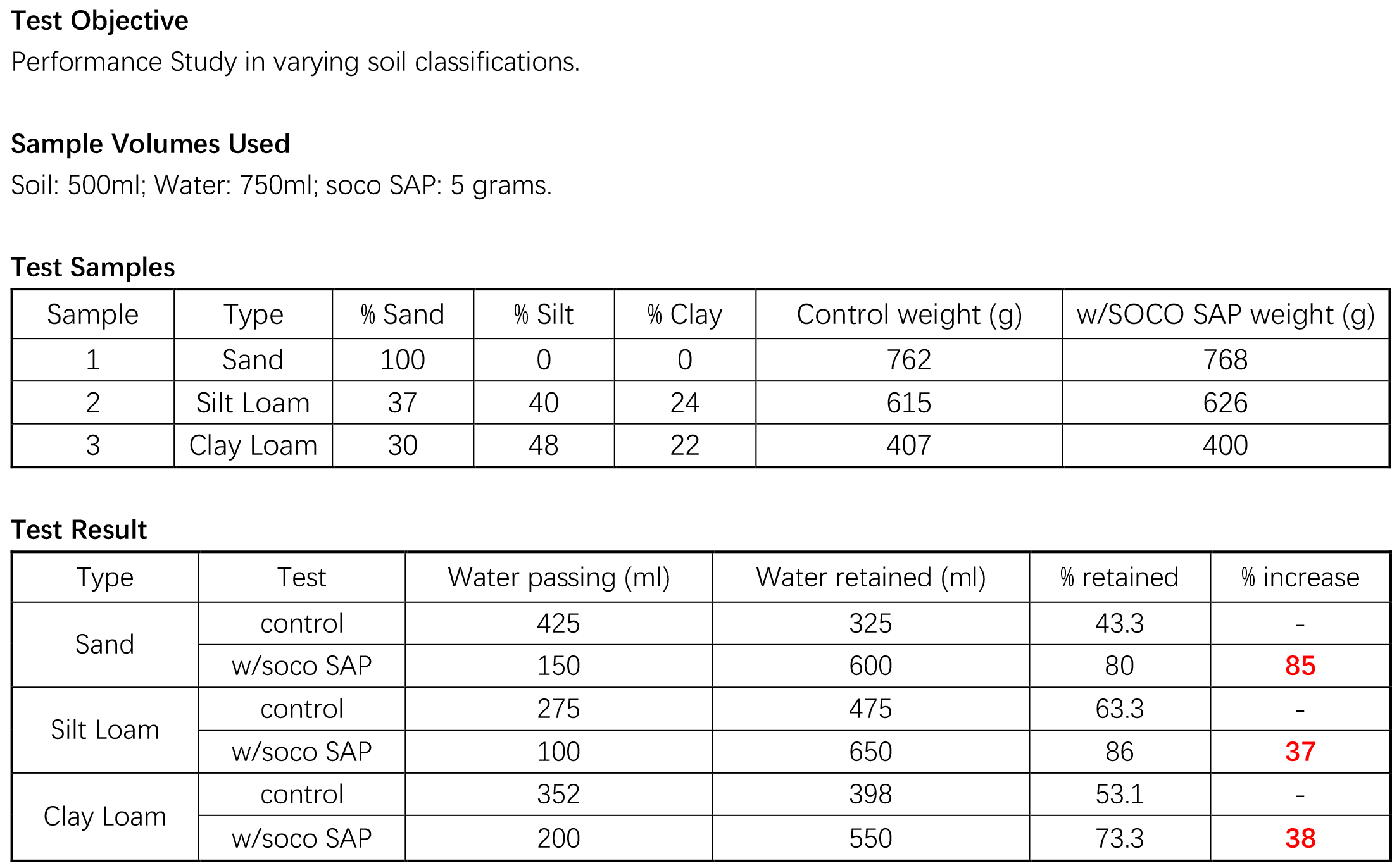 Is super absorbent polymer good for the soil?

In agriculture, sodium polyacrylate obviously is a bad choice.

After decomposed in the soil, sodium polyacrylate would be break into the water, carbon dioxide, and sodium which would cause soil alkalization.