As an Eyelash Extensions Supplier, we think it’s a responsibility to make a guide to purchasing this product.

This guide will be constantly updated and covers all the vital aspects that must know before purchasing. The corrections or suggestions are always welcome! You can easily contact us by leaving a message on our website.

Eyelash extensions are a cosmetic application used to enhance the length, curl, fullness, and thickness of natural eyelashes. The extensions may be made from several materials including mink, silk, synthetic, human, or horsehair.

The main method of applying the extensions is by using a cyanoacrylate adhesive to apply the extension(s) to the natural lash 1-2 mm from the base of the natural eyelash, never making contact with the eyelid.

In 1879, James D. McCabe wrote The National Encyclopædia of Business and Social Forms, where, in the section “Laws of Etiquette,” he stated that eyelashes could be lengthened by cutting the ends with a pair of scissors. Other beauty books, such as My Lady’s Dressing Room (1892) by Baronne Staffe and Beauty’s Aids or How to be Beautiful (1901) by Countess C also state that the trimming of eyelashes along with the use of the pomade Trikogene benefit eyelash growth. Countess C also suggested that eyelashes can be given extra length and strength by washing them every evening with a mixture of water and walnut leaves.

In 1882, Henry Labouchère of Truth reported that “Parisians have found out how to make false eyelashes” by having hair sewn into the eyelids. A similar report appeared in the July 6, 1899 edition of The Dundee Courier which described the painful method for elongating the lashes. The headline of which read, “Irresistible Eyes May Be Had by Transplanting the Hair.” The article explained how the procedure achieved longer lashes by having hair from the head sewn into the eyelids.

In 1902, German-born hair specialist and noted inventor Charles Nessler, (aka Karl Nessler or Charles Nestle) patented ” A New or Improved Method of and Means for the Manufacture of Artificial Eyebrows, Eyelashes and the like” in the United Kingdom. By 1903, he began selling artificial eyelashes at his London salon on Great Castle Street. He used the profits from his sales to fund his next invention, the permanent wave machine. A permanent wave machine was commonly called a perm that involves the use of heat and/or chemicals to break and reform the cross-linking bonds of the hair structure. In 1911, a Canadian woman named Anna Taylor patented false eyelashes in the United States. Taylor’s false eyelashes were designed using a crescent-shaped, strip of fabric. the fabric had tiny pieces of hair placed on them.

In 1916, while making his film Intolerance, director D.W. Griffith wanted actress Seena Owen to have lashes “that brushed her cheeks, to make her eyes shine larger than life.” The false eyelashes which were made from human hair were specifically woven piece by piece by a local wig maker. The eyelashes were adhered to using spirit gum, commonly used for affixing wigs. One day Owen showed up to sit with her eyes swollen nearly shut, her costar Lillian Gish, wrote in her memoir.

By the 1930s, false eyelashes were becoming more acceptable for the average woman to wear. This shift in cultural opinion was largely due to the influence of film actresses, that were seen wearing them on screen. Featured in Vogue, false eyelashes had officially become mainstream and given the “Vogue” stamp of approval.

In the 1960s, false eyelashes became the centerpiece of makeup. During this era, eye makeup that gave women big doll-like eyes was very common. They achieved this look by applying false eyelashes on both the top and bottom eyelashes. Models like Twiggy helped popularize this trend and are often associated with it.

In 1968 at the feminist Miss America protest, protestors symbolically threw a number of feminine products into a “Freedom Trash Can.” These included false eyelashes, which were among items the protestors called “instruments of female torture” and accouterments of what they perceived to be enforced femininity.

In 2008, Aesthetic Korea Co., Ltd. began to manufacture products as semi-permanent eyelashes became popular in Korea. Since then, several similar companies have started to set up, which has had a considerable impact on neighboring countries, including China and Japan. However, due to South Korea’s annual rise in labor costs, many manufacturers have moved from South Korea to China or Vietnam.

In 2014, Miami-based Katy Stoka, founder of One Two Cosmetics, invented the magnetic false lash as an alternative to those that utilize glue. Today magnetic eyelashes are becoming more and more common, with many mainstream brands like Ardell and To Glam, offering more affordable options. However, these are false eyelashes and not eyelash extensions. 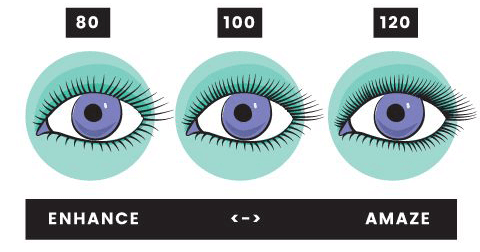 What kind of curl? 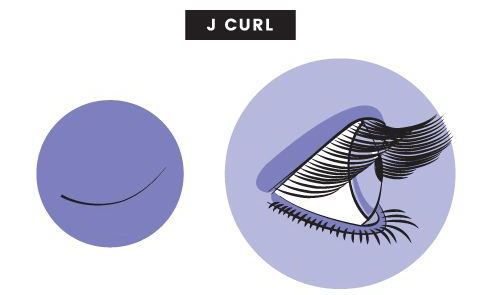 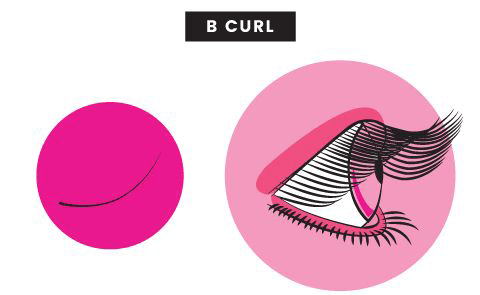 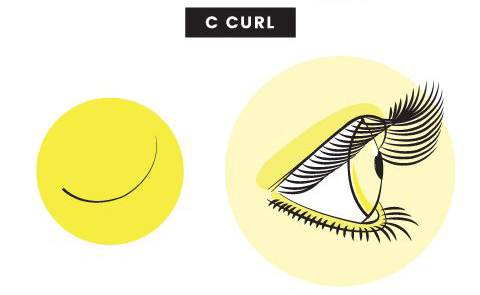 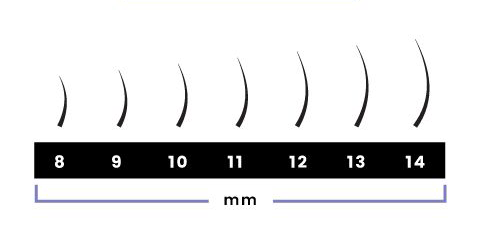 Customizable. Because lash extensions don’t come in a strip, they are super customizable and look real. With proper care (more on that later), they can last for six to eight weeks until they naturally fall out like your lashes usually do.

Must know before doing eyelash extensions

The ingredients in the lash adhesive

While we’re on the subject, when making your appointment, ask the salon about the ingredients in the lash adhesive they use. If they can’t answer your question, cancel the appointment (you don’t want inexperienced people sticking things to your eyelids), and if they say the glue contains formaldehyde (a known eye irritant that can cause redness, irritation, and itchy, swollen eyelids), def cancel the appointment.

Can you wear eye makeup with eyelash extensions?

Nope. You’ll want to show up to your appointment with clean skin and no eye makeup. That means absolutely no eyeshadow, eyeliner, and/or mascara. Anything on your lids or lashes could affect how your extensions turn out.

How do you know what size eyelash extensions to get?

The type of lashes you can get all depends on the length and strength of your natural lashes. Wearing lashes that are too long or too thick for your lashes can actually cause damage, in the long run, so you need to make sure your extensions aren’t too much longer or thicker than your natural lashes.

A licensed lash specialist will help you make the best decision for your lashes, including what type of material you should get, like synthetic mink or synthetic silk. Mink is usually pricier, feels softer, and looks more natural; however, some synthetics, which are highly customizable, can also look and feel natural and end up costing as much as or more than mink.

When it comes to the density, curl, and length of your extensions, you’ll want to work with your tech to figure out which is the best option for you.  A good lash technician will take your face shape, bone structure, and natural lashes into consideration when helping you decide on a lash look

Can you swim or shower with my eyelash extensions?

You can, but not until you’ve waited at least 24 hours after your appointment. “Eyelash adhesives vary in the time they take to cure, from either 12 to 24 hours depending on what glue your stylist uses,” says Marin. It’s super important that you’re gentle with your lashes and make sure that no water touches them during this time, says Richardson. You can shower after getting lashes as long as you don’t get the lashes wet and don’t stay in the steam for too long.

Can you wear eye makeup with eyelash extensions?

It doesn’t recommend using mascara with lash extensions. Why? Because when you attempt to take it off at the end of the day, you can actually cause your extensions to break from the friction and makeup remover. As for eyeliner, “avoid using cream-based formulas,” says Richardson. “They often contain oils and waxes that can break down lash glue.”

Can you wash your eyes with eyelash extensions?

Only use cleaners specifically formulated to be safe for eyelash extensions, says Richardson. Other products may contain ingredients that can weaken the bond of your lash extensions and cause them to shed prematurely. And if you’re wearing eye makeup, use oil-free pads and gently swipe downward, rather than back and forth, to get your lids and lashes clean. And whatever you do, avoid rubbing or tugging at your eyes.

“It usually takes years of bad application and improper care for long-term lash damage to happen as a result,” says Marin. So please, only go to reputable, well-reviewed salons (no matter how good that Groupon deal is), and make sure your technician washes their hands between clients, wears a mask, uses sanitary pillow covers, sterilizes their tweezers, and uses disposable eyelash brushes. And yes, you are allowed to ask your technician to confirm all these things.

How much does it cost to get eyelash extensions?

In the United States, eyelash extension services can range from $30 to $500, depending on:

In New York City, a basic set (typically 70 to 80 lashes per eye) can range anywhere from $100 to $400 plus tip, which is usually another 20 percent. And because eyelashes grow and eventually fall out, you have to go back every few weeks for fill-ins, which can cost anywhere from $50 to $165, depending on how many new lashes you need.